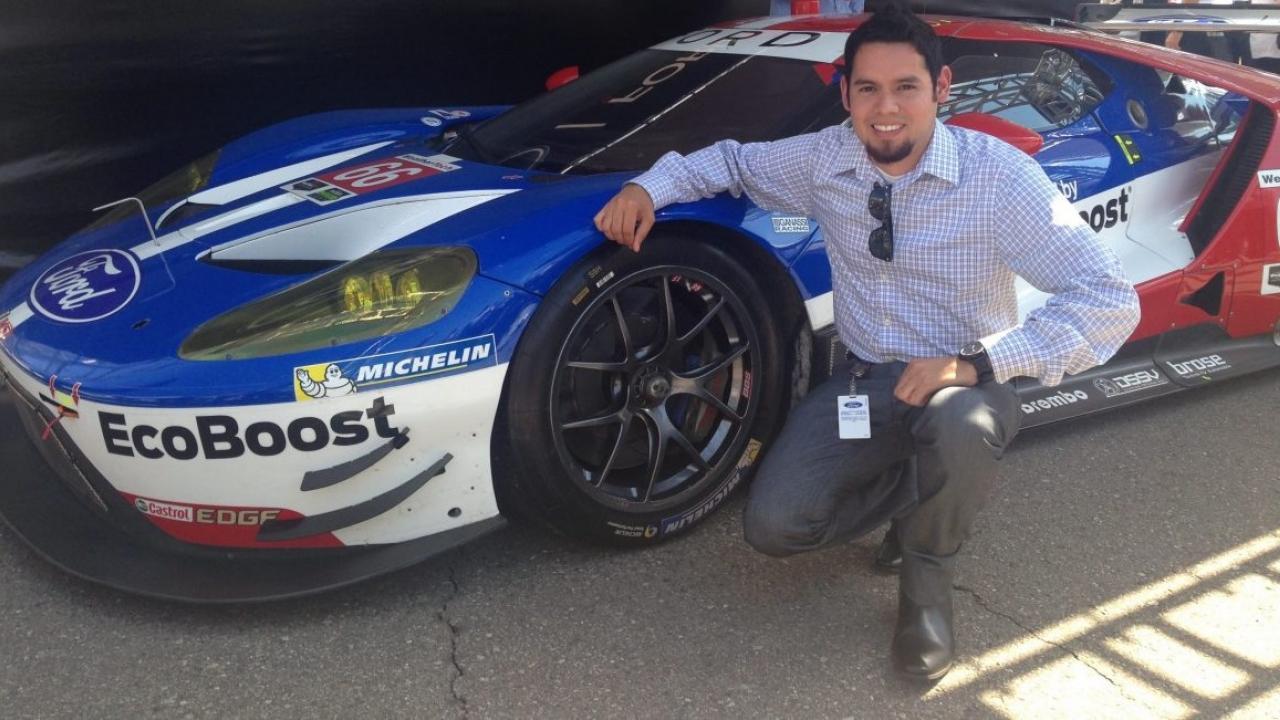 MAE Alumnus Jose Velazquez: Toward a Future of Electric Cars 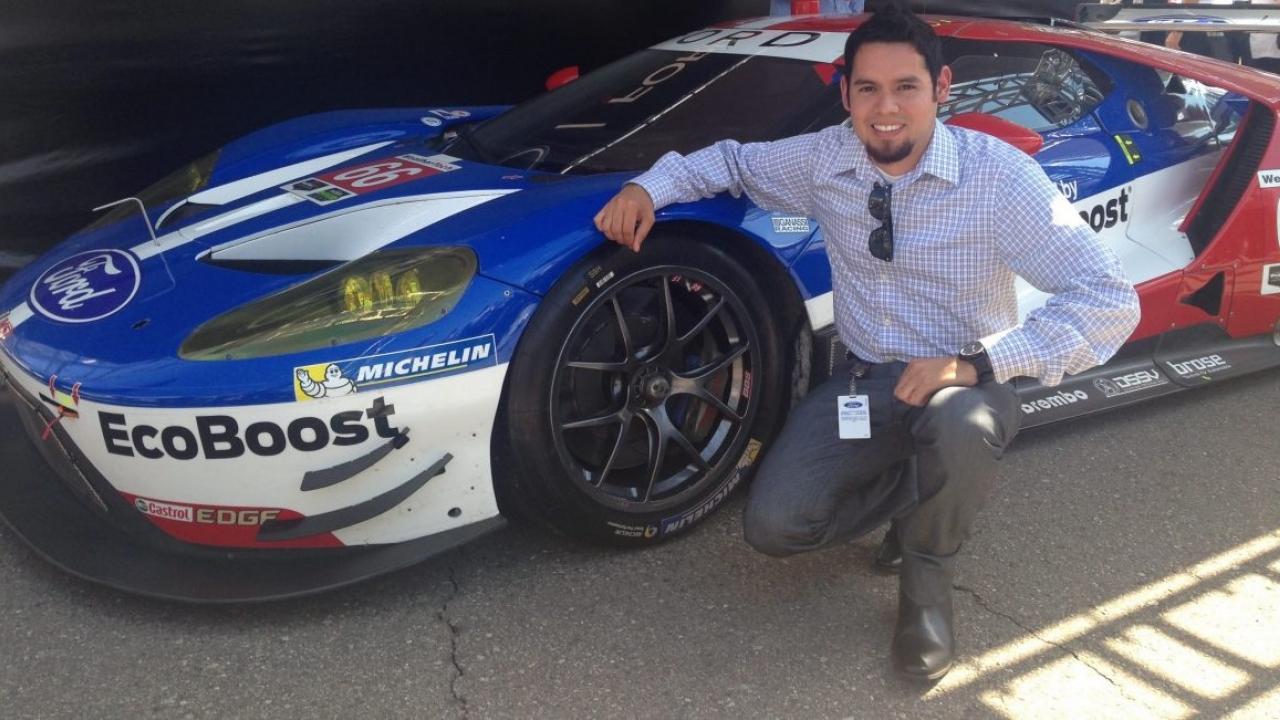 Jose Velazquez was eight years old when he moved to the United States from Mexico. He has gone on to become the first in his immediate family to graduate from college, going on to earn a Ph.D. in mechanical and aeronautical engineering from UC Davis in 2017. Always obsessed with cars, he is now an engineer at Ford. The holder of seven pending patents, in May 2018 he was awarded Ford’s Controls Engineering Chief Engineer’s Award for outstanding on-the-job performance.

Velazquez lives in Michigan with his wife, Beatriz, and a puppy.

Describe your path to UC Davis.

When I came to the U.S., I didn’t know English. But I did know math, and that’s a universal language. By the beginning of fourth grade both my brother and I were speaking English pretty well. He just finished his master’s in computer engineering at UC Davis; my little sister is 12 and wants to attend UC Davis when she goes to college.

My mom is primarily a homemaker. My dad is a farm laborer, who’s been in walnuts for the past 20 years. During summers, beginning when I was around 12, I went to work at the walnut orchard. That instilled a strong work ethic, which was also inspired by seeing how hard my parents worked. I was very motivated to go to school and become an engineer.

I was part of the Deferred Action for Childhood Arrivals (DACA) program. When I entered the country I was undocumented, so from that time until just a few months ago when I got married I was not a legal permanent resident. Until DACA, I was never sure if I could actually go to college or have a job. So DACA helped me tremendously. I’m happy to share this because it could give hope to current students in that situation.

What do you do at Ford?

I am an electrified vehicle controls engineer, which means I basically work on the brains of hybrid cars. When you press the accelerator pedal or the brake, or you turn the steering wheel, lots of computations happen in the computer of the car to command different actuators. If you have a hybrid vehicle, how do you coordinate the internal combustion engine with the electric motors and the high voltage battery? The controls are really what figure all that out. They take the driver’s input and come up with the best thing to do at a given moment.

How did UC Davis prepare you for your career?

Could you describe your first patent?

It’s a way to minimize vibrations during an engine start for a hybrid vehicle.

In a conventional car, if you’re moving then your engine is always on. When you turn the key you’re expecting the engine to start, and you’re expecting some sort of vibration throughout the ride.

With a hybrid vehicle you can move on fully electric power or a combination of electric power and internal combustion power. The internal combustion engine can be used to help propel the car, charge the high voltage battery or a combination of the two. Imagine, however, that you’re driving on the freeway and you’ve been driving on electric power only—meaning your engine isn’t on, and there are no vibrations—then the car needs to charge the battery and it starts the engine to do so. Suddenly you notice some vibrations coming in. That might be startling.

This patent is a way to control the electric motors in the system so that when the engine turns on you can cancel out the vibrations before they make it to the wheels. Then the driver doesn’t notice when the engine starts, so it’s safer and more comfortable.

What is the future of the automotive industry?

So that wave is coming. In ten years, I wouldn’t be surprised if at least 50 percent of the vehicles offered by car manufacturers are hybrid or electric.

Who are the people who have had the most impact on your career?

In addition to my family, there are four people who are directly responsible for where I am today: Professors Donald Margolis, Dean Karnopp and Francis Assadian at UC Davis, and Ming Kuang at Ford.

Building upon a long-standing tradition of public service, the UC Davis College of Engineering has a visionary plan for the future in which innovative research and quality education will make life better for everyone. Do you have a story to share? Let us know.